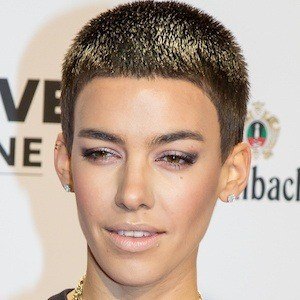 German pop singer who is best known as the lead singer of the band Frida Gold. Her group is known for songs like "Liebe ist meine Rebellion" and "Run Run Run."

She sang in the Catholic Church Choir of Hattingen when she was a child.

She played the role of Steffi in the 2015 film Der Nanny.

Her brother Fabian has been the frontman of a band called Fynn.

She was a member of the German jury in the 2011 Eurovision song contest in which Mika Newton came in fourth place.

Alina Süggeler Is A Member Of