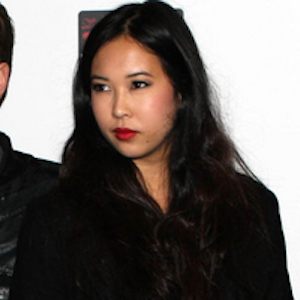 Vocalist and keyboard player most well known as one of the faces of the Auckland-born band The Naked and Famous. The band has become acclaimed throughout New Zealand, winning seven New Zealand Music Awards in just 2011, including Single of the Year, Album of the Year, and Best Group.

She and fellow vocalist Thom Powers formed The Naked and Famous in 2007 while attending MAINZ music college in Auckland, New Zealand. The band shortly began recording what would become their debut EPs with fellow student and sound engineer Aaron Short.

The Naked and Famous songs have appeared on numerous popular television shows and films such as The Vampire Diaries, Pitch Perfect, and Degrassi.

She grew up listening to Laotian folk music because her father was a member of a local Loatian band. Her mother, however, died when she was only seven of breast cancer.

The band's title The Naked and Famous was taken from the Adrian Thaws' song "Tricky Kid."

Alisa Xayalith Is A Member Of