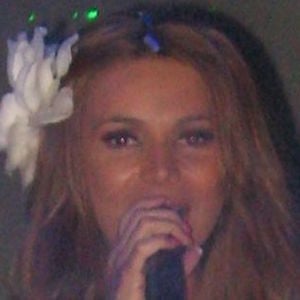 Bulgarian pop singer who is known for songs like "Na Ti Mi Govori" and "Poznavam Li Ya."

She released her debut album Nai-Vurvezhen in 2008.

She released her album Iris Fields in 2013.

Her parents are Plamen Doychev and Atanaska Doycheva and she has a child named Valeri Bojinov, Jr.

She has been a pop singer from Bulgaria, much like Andrea.

Alisia Is A Member Of