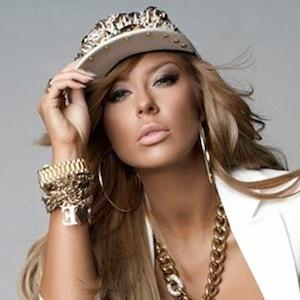 Bulgarian pop artist known for singles like "Upotrebena," whose music video was viewed more than thirty million times on YouTube. She has also performed with singer Costi Ionita as Sahara.

She was born Teodora Rumenova Andreeva and was a beauty queen who won the title of Miss Tourism Bulgaria.

She won the Planeta TV Award for Album of the Year for her self-titled 2010 album.

She began dating boxer Kubrat Pulev in 2014. Her aunt is a professional opera singer.

She collaborated with rapper Shaggy on the 2011 single "Champagne."

Andrea Is A Member Of