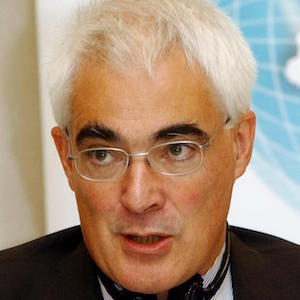 British Labour Party politician who began serving in Parliament in 1987 and is best known for his work with the Better Together campaign.

He attended the University of Aberdeen, where he served as the president of the Students' Representative Council.

He married Margaret McQueen Vaughan in 1986, and they had one son and one daughter.

He served during the term of Prime Minister Tony Blair.

Alistair Darling Is A Member Of