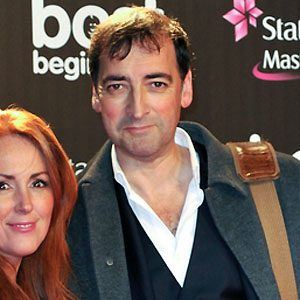 Comedian and writer who starred in The Big Impression, which won him a BAFTA in 2003. He has also acted in theater extensively and wrote the book A Matter of Life and Death or How to Wean Your Man off Football.

He attended the University of Leeds and the Guildhall School of Music and Drama in London.

He was a tennis commentator for BBC Sport at the 2011 Wimbledon Championships and he has also worked extensively in theatre, appearing in the West End in Art, Cabaret, The Mikado and Little Shop of Horrors.

His parents raised him in England.

He is known for his comedic impression of Tony Blair.

Alistair McGowan Is A Member Of