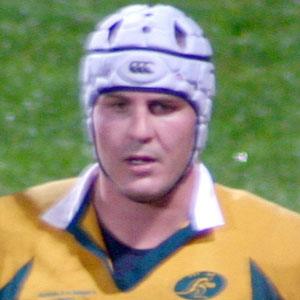 Australian rugby union player who became known as a lock for teams such as the Melbourne Rebels.

He began playing in Super Rugby with the NSW Waratahs at age 23.

He graduated with a Bachelor's degree in Property Economics from the University of Technology in Sydney.

He and Quade Cooper both played on the Australian national team.

Alister Munro Campbell Is A Member Of