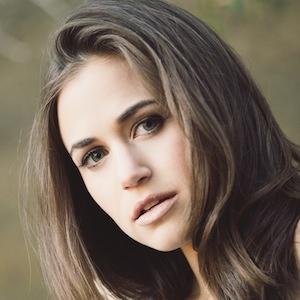 Known for roles in the television movies Blue Lagoon: The Awakening and The Bling Ring, she is an actress and singer whose voice can be heard on the main title theme for the show Drop Dead Diva.

Her parents sent her to acting camps and schools, but they wanted her to grow into herself and discover what she wanted to do as a profession. Her love of performing only grew from there.

She has been singing since she was 4 years old, both professionally and just for fun.

She was born in Los Angeles. One of her two sisters pursued acting in New York City as part of New York University's Tisch program.

Alix Elizabeth Gitter Is A Member Of