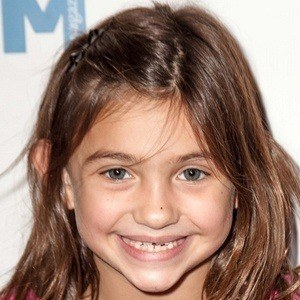 Big and small screen star who has been seen in feature films like 2013's Love Triangle, 2014's The Sound and the Fury, and 2012's Golden Winter.

One of her first acting credits was as a background actor in the 2012 film Vamperifica.

In 2013, she appeared in the episode "Avery's Wild Party" of Disney Channel's Dog with a Blog.

She has an older sister, Alexis, and a younger brother, Bentlee.

In 2016, she played the younger counterpart to Anna Kendrick's character, Jillian, in Get a Job.

Alizabeth Hamer Is A Member Of