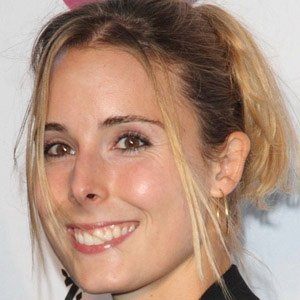 French professional tennis player once ranked eleventh in all of woman's tennis. She has won several titles in her professional career, including Wimbledon and the US Open in 2014.

She was quite successful at the junior level after first beginning to play tennis at the age of four.

In 2017, she withdrew from competition due to a torn pectoral muscle.

She one brother, Sebastien, whom she considers one of her greatest heroes. Her parents are named Francis and Patricia.

She has said that Andy Roddick is one of the people she most admires.

Alize Cornet Is A Member Of