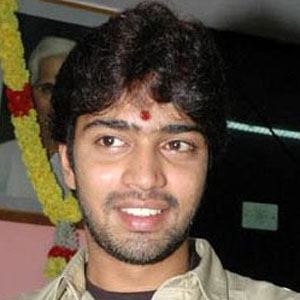 Indian Tollywood actor who won Nandi and Filmfare Awards for his supporting role in the 2008 film, Gamyam. He also starred in 2013's Action 3D.

He made his film debut in the 2002 re-make of Allari, directed by Ravi Babu.

His father, EVV Satyanarayana, had a successful career as a director and producer of Telugu-language films.

He and fellow South Indian actor, Karthi, both became stars of Tollywood cinema.

Allari Naresh Is A Member Of