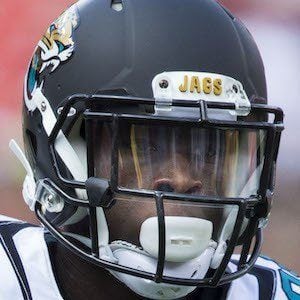 Wide receiver who began his NFL career by signing with the Jacksonville Jaguars as an undrafted free agent in 2014. He compiled over 1,000 receiving yards in just his second NFL season.

He played college football at the University of Miami, earning the Jack Harding Award as the team's MVP his senior season.

His mother's name is Erica Wilson.

He became teammates with Allen Robinson and Blake Bortles on the Jaguars.

Allen Hurns Is A Member Of