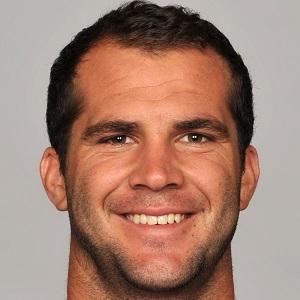 Quarterback who was selected third overall in the 2014 NFL Draft by the Jacksonville Jaguars. He played at the University of Central Florida from 2010 to 2013 and was a first-team All-AAC selection in 2013.

He attended Oviedo High School, where he threw for more than 5,500 yards during his career.

In his final game for UCF, he led the school to an upset over Baylor in the Fiesta Bowl and was named MVP of the game.

He was born to Rob and Suzy Bortles and has a brother named Colby.

He and Daunte Culpepper both starred as quarterbacks at UCF.

Blake Bortles Is A Member Of