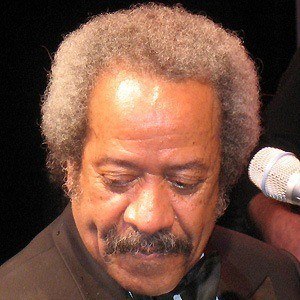 Musician, composer, record producer, and pivotal figure on the New Orleans R&B scene. He was covered by numerous other musicians.

He once played with Earl King's band when he was only 17 as a substitute for Huey Smith.

He grew up in the Get Down neighborhood of New Orleans in a shotgun house. His mother was known for hosting numerous musicians.

His song "Ruler of My Heart" was covered as "Pain in My Heart" by Otis Redding.

Allen Toussaint Is A Member Of