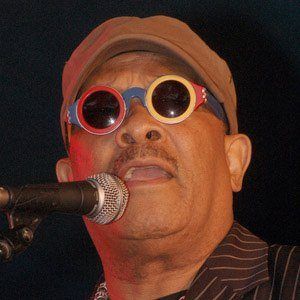 Jazz composer and artist who was a pioneer of jazz-funk and a highly regarded post-bop jazz recording artist. He released albums for Atlantic Records and Polydor Records.

He provided the soundtrack for the 1973 blaxploitation film 'Coffy,' starring Pam Grier and directed by Jack Hill.

He was part of 1994's "Stolen Moments: Red Hot + Cool," which was declared "Album of the Year" by Time magazine.

His family was musical and lived in South Central Los Angeles, where the Southern California Black music scene was centered.

His first pair of vibraphone mallets was given to him when he was five by Lionel Hampton.

Roy Ayers Is A Member Of