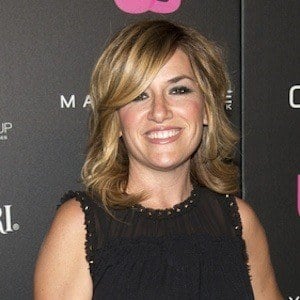 Salon owner and former stylist who founded the chain of hair salons known as Drybar, which has become famous for exclusively specializing in "blowouts." She is the recipient of numerous industry honors, winning the CEW Achiever Award and being included on Fast Company's 100 Most Creative People in Business list.

She worked as a hairdresser under John Sahag for several years. She opened the first Drybar salon in Brentwood, California in 2010.

She has been named as one of Marie Claire's 16 Most Fascinating Women.

She married a man named Cameron. She has children named Grant and Kit.

Before founding Drybar, she worked in public relations and worked with celebrites like Faith Hill and Keith Urban.

Alli Webb Is A Member Of