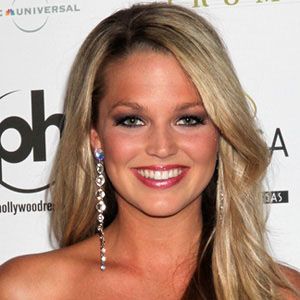 After winning the Miss Teen USA contest she got a modeling contract and a scholarship to the School for Film and Television in New York City.

She majored in broadcast journalism in college, with the goal of becoming a sports reporter.

Her mother was also a beauty queen and was crowned Miss Ohio USA in 1977.

She had a guest appearance on the soap opera Passions, which also starred Molly Stanton.

Allie Laforce Is A Member Of