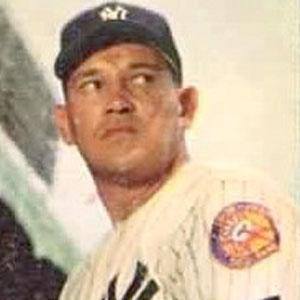 'Superchief' was a steady pitcher and six-time All-Star for the Cleveland Indians and New York Yankees.

A member of the Creek Nation of Native American Indians, he was often called 'Chief' by teammates, as was practically every other Indian player in the majors.

He appeared in 15 World Series games with the Yankees and in his best season he won 20 games with a 2.06 ERA.

His father was a preacher, and the family disapproved of him playing baseball because games took place on Sundays.

He played on the Yankees alongside legendary Hall of Famers like Mickey Mantle and Yogi Berra.

Allie Reynolds Is A Member Of