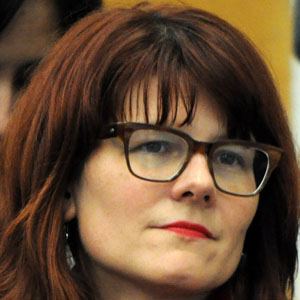 Best known as the lead singer and songwriter for the punk bands Partyline and Bratmobile, she also recorded one album with a band called Cold Cold Hearts. Her other albums include Pottymouth (with Bratmobile) and Zombie Terrorist (with Partyline).

She attended both Evergreen State College and the University of Oregon.

After ending her association with Bratmobile and Partyline, she settled in Los Angeles, California, and performed with a music group called Cool Moms.

She and her identical twin, Cindy, were born in Memphis, Tennessee, and raised (along with another sister, Molly) in Olympia, Washington by their feminist, women's health clinic founder mother, Pat Shively.

Allison Wolfe Is A Member Of