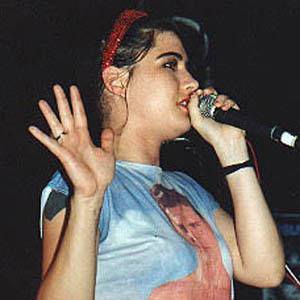 Former lead singer and songwriter for the riot girl band Bikini Kill, the band known for such songs as "Rebel Girl."

She attended The Evergreen State College in Olympia, Washington to study photography and worked as a stripper to support herself.

She has referred to herself as a feminist, inspired to pursue activism after seeing Gloria Steinem speak in Washington D.C.

She and Kurt Cobain were close friends; Hanna even inspired the title of the song "Smells Like Teen Spirit."

Kathleen Hanna Is A Member Of