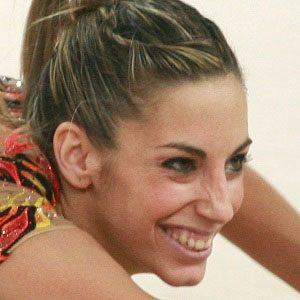 Spanish rhythmic gymnast who became the first gymnast in history to appear in the final of four straight Olympic Games, doing so in 1996, 2000, 2004 and 2008. She is also the first Spanish gymnast to appear in more than one Olympic final.

She began practicing gymnastics at age 6. She joined the Spanish national team in 1994, when she was 14 years old.

She signed a modelling contract with Nike and has also worked as an underwear model.

She married Christian Galvez in 2010.

She and Italy's Vanessa Ferrari both took home gold medals at the 2005 Mediterranean Games.

Almudena Cid Tostado Is A Member Of