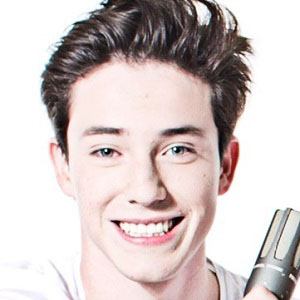 Youngest member of the Mexican boy band CD9 who performs alongside Bryan Mouque and Alan Navarro.

He and the rest of CD9 gained notoriety through social media.

He grew up with three brothers, Braulio, Diego and Martin. His parents' names are Martino and Columba. He's been romantically linked to actress Carla Adell.

Alonso Villalpando Is A Member Of