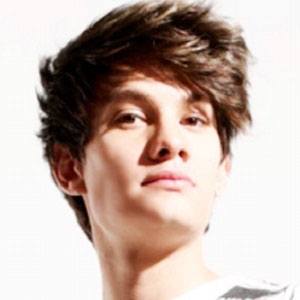 Vocalist for the Mexican group CD9 who performs alongside Alonso Villalpando and Alan Navarro.

He was previously a model and acted in commercials before he joined CD9.

He was born in Nice, France but grew up in México. He has one sister. He began dating Cielo Leebrise in 2017.

Alonso Villalpando recommended Bryan to be a part of CD9 after William Valdes departure from the group.

Bryan Mouque Is A Member Of