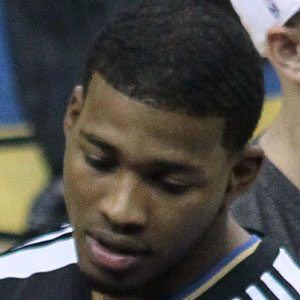 Guard/forward who entered the NBA in 2010 with the Washington Wizards.

He began playing for the Austin Toros of the NBDL after going undrafted in 2010.

His mother Darlene Gee raised him as a single parent.

He was joined in Cleveland by star point guard Kyrie Irving in 2011.

Alonzo Gee Is A Member Of