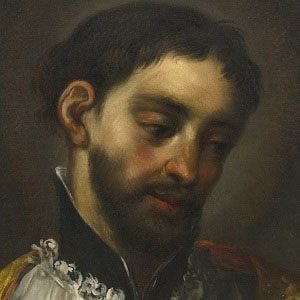 Remembered for his heroic work as a Jesuit, or member of the Roman Catholic Society of Jesus, Gonzaga was canonized after sacrificing his own life to the care of victims of a late 16th-century Roman plague.

During his childhood years, he was educated at the de Medici court and developed a deep interest in religion that eventually led him to live as an ascetic.

Over three centuries after his death, Gonzaga was named the patron saint of young Christians.

He and his six siblings were born into an aristocratic family in northern Italy. Tragically, when he was young, he witnessed the violent deaths of two of his brothers.

His mother served in the court of King Philip II of Spain as an attendant to the king's wife, Isabel.

Aloysius Gonzaga Is A Member Of