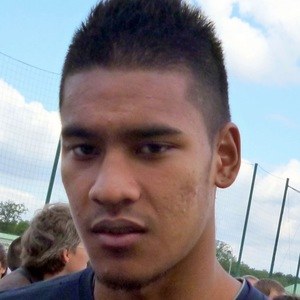 Goalkeeper who is famous for his career playing in France's Ligue 1 for Paris Saint-Germain FC. He also made France's 23-man roster for the 2018 World Cup-winning squad as the third string keeper, and became the first player in 36 years to not earn a cap while winning.

He began his youth soccer career in 1999. He graduated from Paris Saint-Germain's youth academy in 2012.

He has represented every youth level for France, including the FIFA U-20 World Cup-winning side in 2013. He has spent spells on loan from Paris Saint-Germain with Villarreal and Bastia.

His sister's name is Gratia.

He has played alongside Kylian Mbappé for France at the 2018 World Cup.

Alphonse Areola Is A Member Of