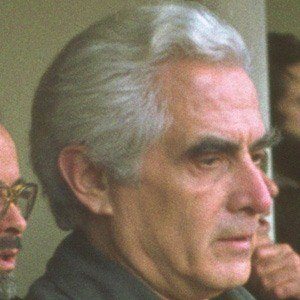 Pro-Soviet secretary general of the Portuguese Communist Party from 1961 to 1992. He notably supported the Soviet intervention in Czechoslovakia in 1968 which other western Europe communist leaders did not.

He attended the University of Lisbon, where he joined the PCP, then an illegal organization, in 1931.

He was an opponent of dictator Estado Novo and he was arrested in 1949, remaining in prison until he made a spectacular escape from the Peniche prison in 1960.

He had one daughter.

He was a communist in support of Soviet leader Nikita Khrushchev.

Álvaro Cunhal Is A Member Of