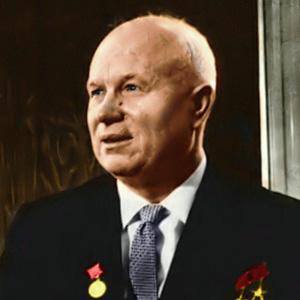 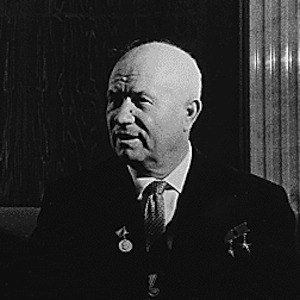 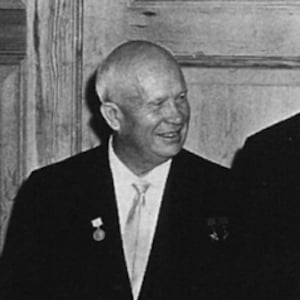 Communist leader and Soviet Premier from 1958 to 1964 who ushered in a significantly less repressive albeit erratic era of de-Stalinization. In 1956 he delivered his infamous "Secret Speech" to the 20th Party Congress in which he denounced Stalin's purges and accused him of having fostered a leadership personality cult.

He was exempt from conscription during World War I and was employed as a metal worker.

His memoirs had to be smuggled to the West after he was deposed from power and stripped of his pension.

His parents were Sergei Khrushchev and Ksenia Khrushcheva.

He succeeded Joseph Stalin as the Secretary of the Communist Party.

Nikita Khrushchev Is A Member Of