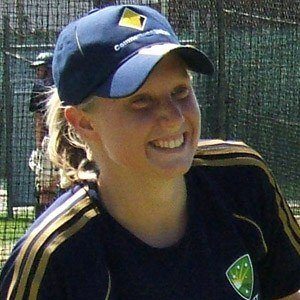 Wicket-keeper who made her international debut on February 10, 2010 against New Zealand.

She was chosen to play for Barker College First XI when she was 16, which was the first time that New South Wales had seen a girl chosen for boys elite school competition.

She made her senior debut in 2007 for New South Wales.

Her father, Greg Healy, was also a successful cricketer. She married fellow cricketer Mitchell Starc in 2016.

While playing internationally she has been teammates with Jess Cameron.

Alyssa Healy Is A Member Of