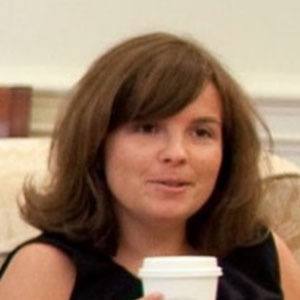 Businesswoman and political adviser who served as White House Deputy Chief of Staff for Operations for President Barack Obama from 2011-14. She has also worked as the President of Global Communications Strategy & Talent at A&E Networks and as the COO of Vice Media.

She earned a degree in political science from the University of Wisconsin-Madison in 1998.

She's a best-selling author who wrote the books Who Thought This Was a Good Idea? and So Here's the Thing... Notes on Growing Up, Getting Older, and Trusting Your Gut.

She married businessman David Krone who was previously the Chief of Staff for Senate Minority Leader Harry Reid. Her mother was a high school teacher and her father was a business consultant.

She was married by Justice Elena Kagan at the Supreme Court.

Alyssa Mastromonaco Is A Member Of