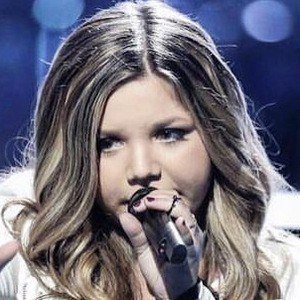 Rock singer who became known for her blind audition on season 9 of the NBC reality singing competition The Voice. Her single "Edge of Seventeen" ranked in the top 100 on the iTunes rock chart.

She was chosen as the opening act for Grammy Award winning artist Estelle, best known for her hit "American Boy."

She performed alongside David Cassidy and Joshua Davis, the latter of whom was also a finalist on The Voice Season 8.

Amanda Ayala Is A Member Of