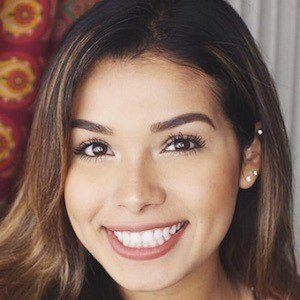 YouTube beauty and lifestyle guru best known for her ItsMandarin channel where she has gained over 320,000 subscribers posting beauty tips, lifestyle tutorials, and vegan eating ideas. She also stars on the collaborative lifestyle channel JustLikeThat and has a second personal channel called ItsMandarinVlogs.

One of her most popular YouTube videos, "Get Ready With Me: PROM!", earned more than 1 million views in less than a year.

She has a younger sister and often features photos of her niece Luciana on her Instagram account.

Amanda Castillo Is A Member Of