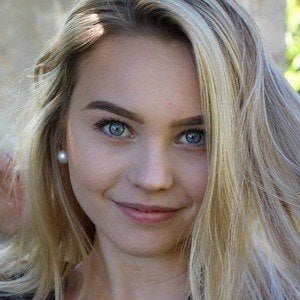 Social star who has more than 2.6 million fans on TikTok. She earned her fanbase on the app as well as the verification crown thanks to her mix of dance and lip sync videos. She can be found under the username amandaedmundsson. She has also had paid partnerships with companies like Lounge Underwear.

She grew up playing soccer, dancing, and horseback riding.

She used the sound bite "Hit The Folks Like Yeah" for her very first featured video on TikTok. Her social career has been managed in part by Narva Management.

She is one of six children in her family.

She's collaborated with Theozzzz on TikTok.

Amanda Edmundsson Is A Member Of