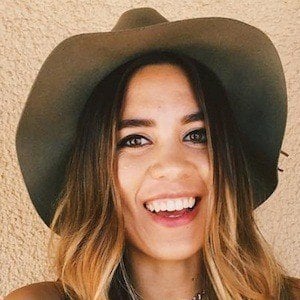 YouTuber of lifestyle, fashion and beauty content who also works as a lifestyle photographer. She has done photographs for couples, engagement pictures, family portraits, weddings and more.

She would help out on film shoots and behind the scenes of her husband's shoots. This is where she developed a curiosity for photography.

She has over 240,000 subscribers on her personal YouTube channel. She and her husband also have a joint vlogging and gaming YouTube channel called Matt & Amanda. The channel was originally called matthiasarcade.

She is the wife of fellow YouTuber Matthias. In 2016, she and Matthias welcomed a daughter named Luna, and in November 2019, they welcomed a son named Atticus. She was born and raised in Los Angeles, California.

Her husband has collaborated with Markiplier, Jacksepticeye and several other top YouTubers.

Amanda Faye Is A Member Of