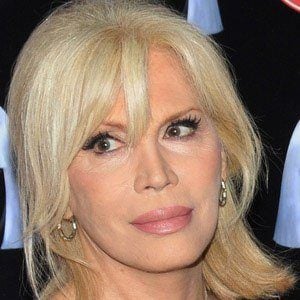 She began her career as a model and muse for the painter Salvador Dalí in the 1960s.

She has released twenty albums since 1977, ranging in genre from pop to jazz.

Her first single was a cover of the Elvis Presley song "Trouble."

Amanda Lear Is A Member Of