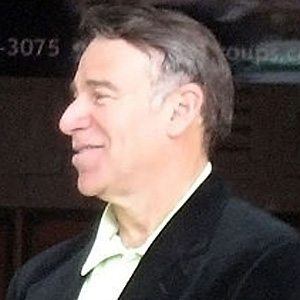 Wrote musicals Godspell, Pippin, and Wicked. He composed for Pocahontas, The Hunchback of Notre Dame, The Prince of Egypt, and other films.

He graduated from Pittsburgh's Carnegie Mellon University in 1968 with a BFA in drama. He was musical director for The Survival of St. Joan, the first American rock opera.

He composed the song Testimony for Dan Savage's It Gets Better Project, which was recorded by the San Francisco Gay Men's Chorus.

He married Carole Piasecki in 1969. The couple had two children together.

His longtime collaboration with Alan Menken garnered the duo two Academy Awards for their work on Disney's Pocahontas from 1995.

Stephen Schwartz Is A Member Of