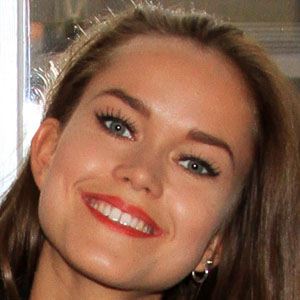 Swedish singer-songwriter who won critical acclaim in 2011 with the singles "House" and "Doubt." Her self-titled debut LP was released the following year and cracked the top twenty on the Swedish album charts.

She studied at the music school Rytmus Musikergymnasie and was signed to Labrador Records as a teenager.

The music publication Poplight named her song "Doubt" as their Song of the Day for a full week straight in 2011.

She has two older sisters.

She recorded a cover of the song "Samson" by fellow singer-songwriter Regina Spektor.

Amanda Mair Is A Member Of