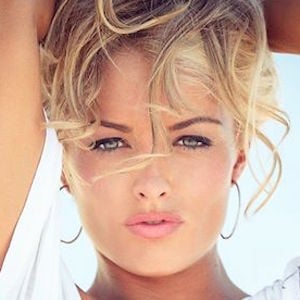 Model, bodybuilder, and professional wrestler named Amanda Saccomanno, but better known by her stage names Mandy Sacs or Mandy Rose. She signed with WWE in 2015.

In high school she competed in dance. She only got into fitness competitions in 2013, where she entered her first one. In 2014 she already won first place in the Pro Bikini category at the World Bodybuilding Fitness & Fashion in Boston.

She was on the sixth season of USA's WWE Tough Enough which began airing in June 2015.

She is of Irish and Italian descent and has lived in Yorktown Heights, New York, with her two rescue dogs.

She replaced wrestler Naomi Knight on E! Network's Total Divas in 2015 when Naomi announced she would be leaving the show.

Mandy Rose Is A Member Of