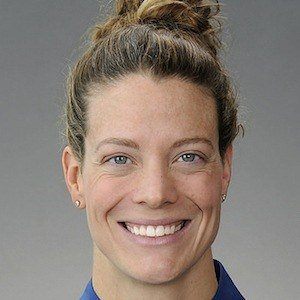 Freestyle swimmer who helped the United States win team bronze at the 4x100-meter relay at the 2012 London Games.

She set the age 12 national record for the 50-yard freestyle with a time of 23.17 seconds.

She also won a silver medal at the 2004 Summer Olympics, a year before winning the NCAA Championships.

She has a brother named Caleb.

She was teammates with Missy Franklin during the 2012 4x100 freestyle relay.

Amanda Weir Is A Member Of