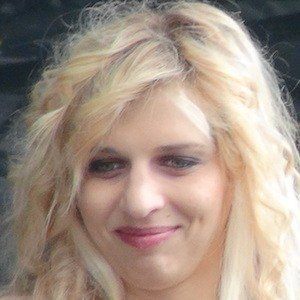 French singer who shot to stardom after winning the sixth edition of the talent show Nouvelle Star in 2008. Her debut album 20 m² was released the following year and cracked the top ten on the French album charts.

She began studying music theory at age 7. She later worked at upscale hotels in the U.K. and Balearic Islands.

She represented France at the 2013 Eurovision Song Contest with the song "L'enfer et Moi."

Her father and stepfather were both musicians. She has dated singer Guillaume Soulan.

Christophe Willem won Nouvelle Star the year before she did.

Amandine Bourgeois Is A Member Of