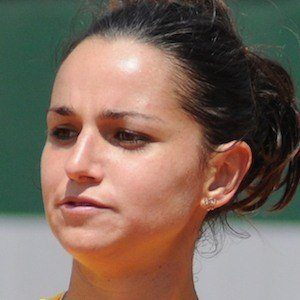 French professional tennis player who won three singles and three doubles ITF tournaments from 2007 to 2015, her first eight years as a professional. Her greatest success came on hard courts, where she won four of her six tournaments.

Her highest career rankings, as of March 2016, came when she reached number 157 as a singles player and 122 as a doubles player in October 2015.

She's trained by her father Yannick. Her mother's name is Nicole and she has two half-sisters.

She and Stephanie Foretz played against Martina Hingis and Sania Mirza in the 2015 French Open doubles, losing in straight sets.

Amandine Hesse Is A Member Of