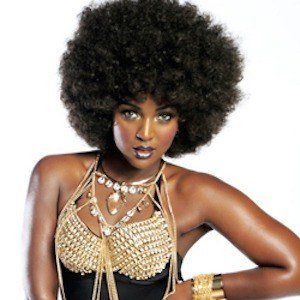 Spanish language rapper whose intense storyline got her a prominent role on Love & Hip Hop: Miami.

Growing up, she took dance classes nearly every day. She also went to acting and modeling classes.

She founded her own apparel line called ALN Clothing Line.

She was raised by her single mother who emigrated from the Dominican Republic to the U.S. in the hopes of giving her daughter a better life. She worked five jobs to support her daughter.

She had collaborated with musician Mr. Vegas on various songs.

Amara La Negra Is A Member Of