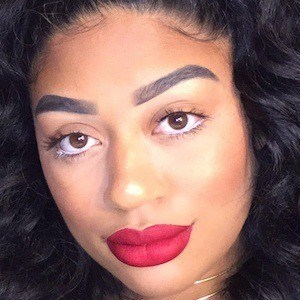 Mommy vlogger who documented her pregnancy journey on YouTube. She has also posted fashion and beauty related content on her self-titled channel.

When she first registered for YouTube in June of 2012, she called her channel ThatGirlAmari.

She previously had a beauty YouTube channel called AmariAngelique1.

She became pregnant for the first time when she was 18 years old. She has a son named Malachi.

She and Vanessa Garitano both began created mommy vlog videos for their respective channels.

Amari Angelique Is A Member Of