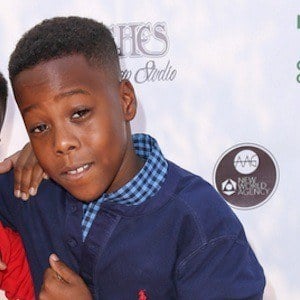 Actor recognized for his roles in episodes of Training Day and I'm Dying Up Here. He is also the identical twin brother of actor Amir O'Neil, who starred in Mann and Wife.

At three, he and his brother expressed their interest in acting for television, and at the age of seven, their parents began to help them pursue their dreams.

In 2015, he and his brother shared the role of Michael in the television movie White Water.

He is only one minute older than his twin brother Amir.

In 2017, he joined the cast of I'm Dying Up Here, playing the brother of RJ Cyler's character Adam Proteau.

Amari O'Neil Is A Member Of