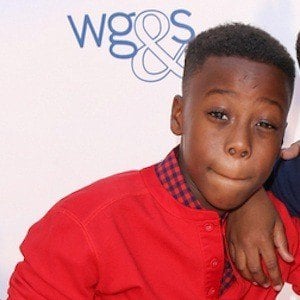 Actor who is famous for his role as Zack on the NBC sitcom Marlon alongside Marlon Wayans. He began in the role in August 2017 during its pilot episode, and portrayed Zack with his identical twin brother Amari.

He earned his first on-screen credit in 2015 in the TV One movie of the week White Water.

He starred on the Bounce TV original comedy Mann & Wife as Darren Mann. He guest starred in a 2017 episode of the crime TV series Training Day.

He has seven total siblings. He and his twin brother Amari often double on the same roles. He is based in Los Angeles, California.

He starred as the fictional son of Essence Atkins' character on the NBC sitcom Marlon.

Amir O'Neil Is A Member Of