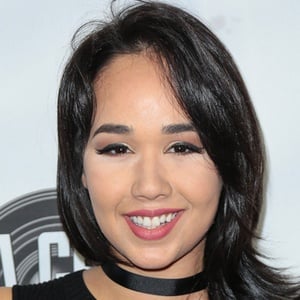 Cuban-Japanese stand-up comedian who has has shared the stage with big name comedians like Carlos Mencia. She is also an actress, having appeared in movies like 2010's High School Gig and 2014's The Killing of a Japanese Bookie.

She graduated from Miami Beach High School in 2005 and studied acting at the Miami Acting Studio.

She has appeared in commercials for Colgate and The Epilepsy Foundation.

She has brothers named Adam and Drew as well as a sister named Aryss.

She and Marc Maron are both comedians from Jersey City, New Jersey.

Amarie Lee Is A Member Of