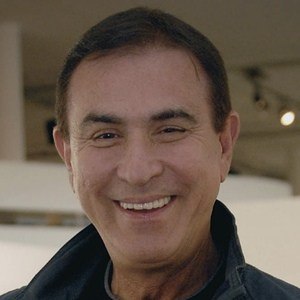 Brazilian journalist and television presenter who is known for his work on the Amaury Jr. show on the Rede TV network where he interviews a variety of celebrities and covers high profile events. He is also known for his work as a published on Fiesta Magazine and as a columnist in The Popular Diary.

His career in journalism started at the age of 14 when he reported on several events during his high school career. He initially studied law in Sao Jose do Rio Preto at the Centro Universitario de Rio Preto. He then moved to Sao Paulo at the age of 27 and started working as a reporter for the TV Tupi network.

He is also a writer and has published several books including A Life is a Party, Germany - 100 Tips, and Gossiping: Secrets and Curiosities of Celebrities.

He married Celina Ferreira and together they have two children named Amaury and Maria.

As a presenter for the TV Bandeirantes network, he interviewed several international celebrities including Donald Trump, Celine Dion, and Shirley MacLaine.

Amaury Jr. Is A Member Of