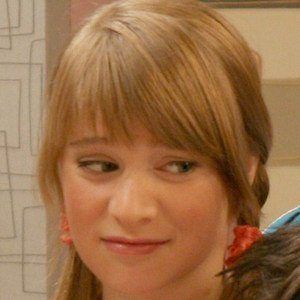 Actress who first rose to fame portraying Gretel in the 2008 film The Boy in the Striped Pajamas alongside Asa Butterfield. She has since become well known for bringing to life Lulu Baker in Jinx and Queen Jane in the Sarah Jane Adventures.

She earned her first acting credit in the 2005 short film Walking to Nairobi before landing a role in the 2007 television movie Empathy.

She has studied zoology at the University of Leeds and attended Carleton University on exchange in Canada.

She has a younger brother named Ewan.

She starred alongside the late Elisabeth Sladen on The Sarah Jane Adventures.

Amber Beattie Is A Member Of