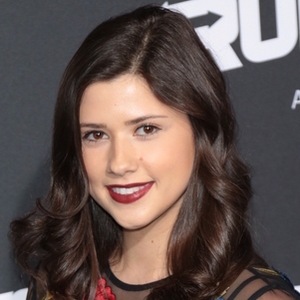 Best known to FreeForm network fans as Carolina Diaz in the series Dead of Summer, she is an actress and writer

She studied acting at the University of Southern California's School of Dramatic Arts.

She has acted in numerous short films and has also served within the makeup department and art and wardrobe departments on some of the shorts.

She has a brother named Paul Coney.

She is a frequent collaborator of James Franco with whom she worked on the Lifetime movie Mother, May I Sleep With Danger? They worked on nine screenplays within one year together.

Amber Coney Is A Member Of