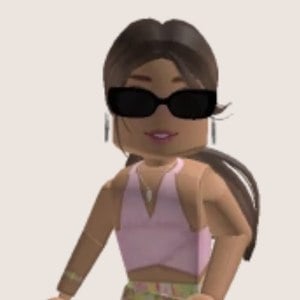 British Roblox gaming phenomenon popular on YouTube where her videos have been watched 334 million times. Her popular videos have included family role-play on the platform.

She created her channel in March of 2017, and uploaded a first video called "BOYFRIEND VS GIRLFRIEND IN FASHION FRENZY | ROBLOX" in May of that year.

Her first videos to surpass 1 million views were "SHE KEEPS COPYING ME! | Roblox Fashion Frenzy | Funny Moments" and "EVERYDAY ROUTINE AS A PRINCESS AT ROYALE HIGH SCHOOL | Roblox Roleplay." She has also run a joint instagram account with her sister Phoeberry under the username amberryphoeberry.

She has a daughter named Olive on Bloxburg who is featured in her videos. She dated fellow Roblox gamer Richerry.

Fellow YouTube gamer Phoeberry is her sister. She also has a sister whose YouTube channel is Cee_berry.

Amberry Is A Member Of